I was trying to recall why I asked for the gift of healing during our pray over ceremony at the Christian life program until I found out it was my husband who suggested me to ask for that gift. If not for this article I would never remember that at all. He always knew what is best for me because many times I don’t.

Why gift of healing? I have no idea then. After 22 years in this community of Couples for Christ,  it was made clearer why it was the perfect gift for me. I needed healing more than anything else to live a life God has called me to.

I was molested before I reach the age of six.  I do not know if I am using the right terms because those who molested me were just a bit older than I am. Of course, it was not a play either. Whatever yaya!

I would like to believe that what they did to me was out of their own sensual curiosity and pleasure perhaps. I’m not even sure how it made them feel when we were all grown up or if it affects them as much. But to me, that childhood experience created devastation in my soul, a sickness too difficult to heal with only human power.

I keep that childhood experience a secret until I met my husband. He was the first person on earth to whom I was able to show this part of me that I would rather keep buried to my deathbed. It had not been easy for both of us until these days. The struggle had been long and many times exhausting and hopeless. The effects always manifest in my financial chaos and the damage had been wide and scary that sometimes I’m afraid there’s no way out.

I grew up believing I am dirty and unworthy of anyone’s love because of that childhood incident. I knew that I am not deserving of anything good because I am bad. I live and validate those beliefs I have within to the point of losing not only myself but the family I cared so much.  I live a life of lies and hiding.

I was always afraid of being found out and used to it that I was unconsciously looking for something I can hide. It was made complicated by the beliefs that nobody would love me making me doubt my husband’s love which I always put to the test by hiding all my financial affairs with him. It was a crazy, roller coaster journey of revenge, remorse, guilt, shame, and fear which had been my operating system ever since I was a child.

Then I remember this gift of healing I asked and a household prayer meeting many years back where I was able to share about sexuality. That was the first time I talk a bit about something I usually hide from people other than my husband. I cannot explain but I knew from deep within that something happen right after that prayer meeting. I concluded that it was the start of my healing journey.

My husband kept telling me that he was looking forward to the day where I will stand up and talk about this thing that enslaves me for the longest time in my life. He believes that we are as sick as our secret and he kept telling me those things. I cannot grasp before what he means because I was clouded with emotional turmoil. I never realized then that the moment I talk about it, it will lose its powers over me.

Asking for that gift turns out to be the beginning of courageously facing the demons I nurtured within. There were so many nights and days of tears and there was a moment of desperation that at times I was pleading to the Lord to take me to where my son is if I will not get better. When I am losing all the strength to carry on, the household meetings we were attending to seems like a vessel to which I can always tap on that gift I needed so much. 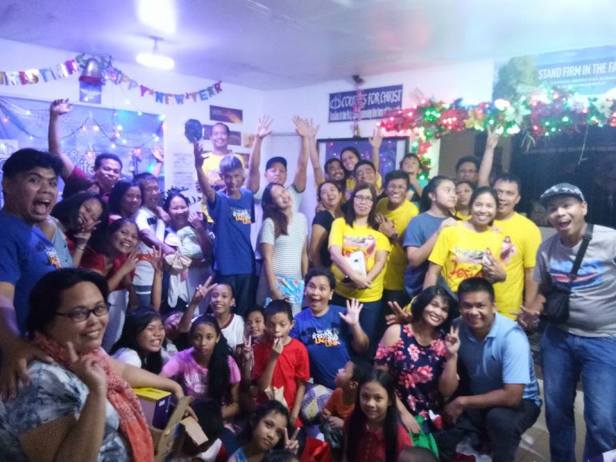 A study shows that molested people like me were more likely to ruin a life and find it difficult to build a loving relationship with. I couldn’t agree less because my financial dealings almost always ruin everything I’ve got. If not for the strong faith and commitment of my husband he could have abandoned me many times back. The things I unconsciously believe I deserve. The way I deal with money manifest the deepest pain I keep within and I’m afraid where it’s going to lead me.

My financial troubles reach the point where God made me realized I am receiving the gift I asked for. I find comfort and assurance on His promises of healing and deliverance. Instead of becoming hopeless I hang on to the gift. God wants me to heal I know, it was written in His book.

Listening to the “#me too” stories of many women out there made me believe that the gift I asked for is not only for me but something I can make use of in doing my life’s purpose on this earth for others as well.  A concrete answer to the many times I asked: “why Lord, why?”

What a beautiful gift to be grateful for and for that may God be praised!

I made this article for CFC Laguna Ugnayan issue

7 thoughts on “The gift of healing and my #metoo story”